Why the Bitcoin blockchain is Einsteinian

As of today, the blockchain is a hot topic. According to many people and institutions, including banks (who were among the first to disregard the Bitcoin phenomenon) it looks like a revolution in both the computer science and the the economics fields. 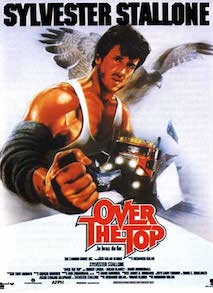 Sly, a truck and a giant bird. It lacks unicorns, though.

The 9-pages long Bitcoin paper (mis)interpretation seems to be an infinite source of “brilliant” ideas and articles (including this one, obviously). 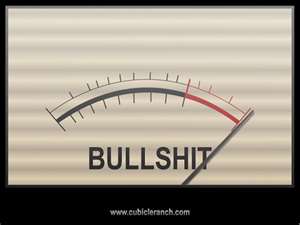 “Two things are infinite, the universe and human stupidity, and I am not yet completely sure about the universe.” – (usually attributed to) Albert Einstein

That said, I couldn’t resist the urge of raising the bar a little bit, by sharing what my years-long interest and experience in this field finally taught me. 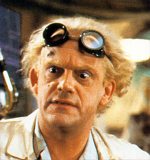 “And this morning, I was standing on the edge of my toilet hanging a clock, the porcelain was wet, I slipped, hit my head on the sink, and when I came to I had a revelation!” – Doc Emmett Brown

Let’s put an end to this unbearable suspense: The Bitcoin blockchain is an Einsteinian solution to a Newtonian problem.

Bitcoin, as any financial system, needs a ledger. This distibuted ledger guarantees the transfer of ownership of a given “coin”, by the use of cryptograhic signatures from both the current and the future owner.

Fair enough. Now enters the issue of double-spending. In a distributed system, one malicious attacker could spread many transfer-of-ownership transactions issued from the very same coin.

Now let’s forget for a while what we already know about Bitcoin and its blockchain. If the ledger was held by a single, central authority, then this issue wouldn’t exist. The first transfer-of-ownership would be written into the ledger, and the subsequent ones would be refused.

The idea of first and subsequent transfer-of-ownership transactions rely on the idea of time. Even with Einstein’s (and others) works on Relativity, we still live with the idea of time perceived as an absolute, regular, infinite phenomenon.

Our world may be Einsteinian, but our perception of it is Newtonian.

Open your book at chapter three…

Its first sentence is:

The solution we propose begins with a timestamp server.

There comes the idea of Trusted Timestamping. The idea isn’t new, and has been successfully used in many fields such as law or finance, in order to give documents a probative value.

However, giving trust to some external entity, being it only for applying a timestamp to a given document, is against Bitcoin’s philosophy.

And what is the proposed solution? Yes, you already know it: the (in)famous proof-of-work.

The proof-of-work is the idea of finding a solution to a given problem of cryptographic computation, that cannot (as of today’s knowledge) be solved in a reasonable amount of time by brute force, or even a predictable amount of time.

Think about it as a giant lottery.

Why does it matter?

Now, let’s go further: no matter how many attempts, how much time is spent by computers all around the world to find a solution, the idea of a continuous flow of time is dictacted by a chain of “lucky ones” solving the problem.

No matter how much real world’s time is spent trying (or not) to find a solution, it is only when such a solution is eventually found that the blockchain’s time “advances” (i.e. a new block of transactions is added to the blockchain). This is the energy spent to find the correct solution, the proof-of-work that rules the world.

That’s right. In Bitcoin’s universe, Time has been replaced by Energy.

But what is really disturbing is that, since Einstein, we all know that it is how the real world works.

This is what seems to me where the real genius of the Bitcoin’s blockchain resides: instead of trying to find a way to replace the need of an absolute timestamp server, which is something that belongs to a Newtonian perception of the world, it just goes further by finding a solution in Einstein’s spacetime model.

From Einstein to Newton… wait, what?

And as the Bitcoin universe expands (to a limit), the problem to solve increases in difficulty, adapting itself to the whole computing power of its members.

This is where another part of the “magic” resides: for most problems in computer science, the time spent to solve them decreases (Moore’s law et al.), whereas in Bitcoin’s blockchain case, it seems steady… 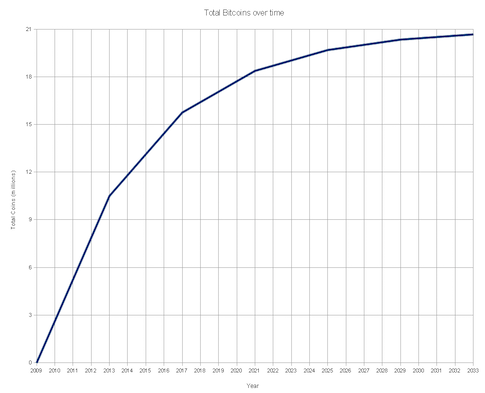 And this is where the paradox relies: Bitcoin uses an Einsteinian, energy-based, spacetime timestamping scheme to enforce what looks like a Newtonian, continuous flow of time. 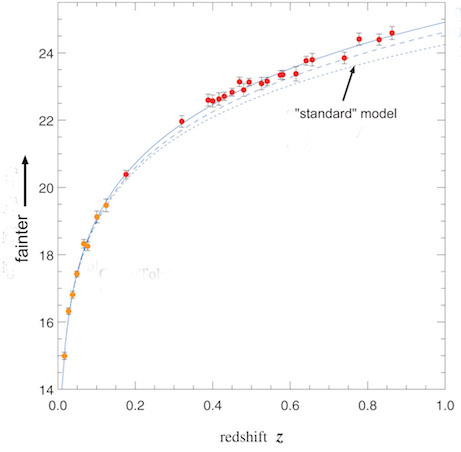 This curve is about cosmology, supernovas, etc. I don’t know how it is related to the curve above, but they look similar. Math don’t lie, so it proves my whole point.